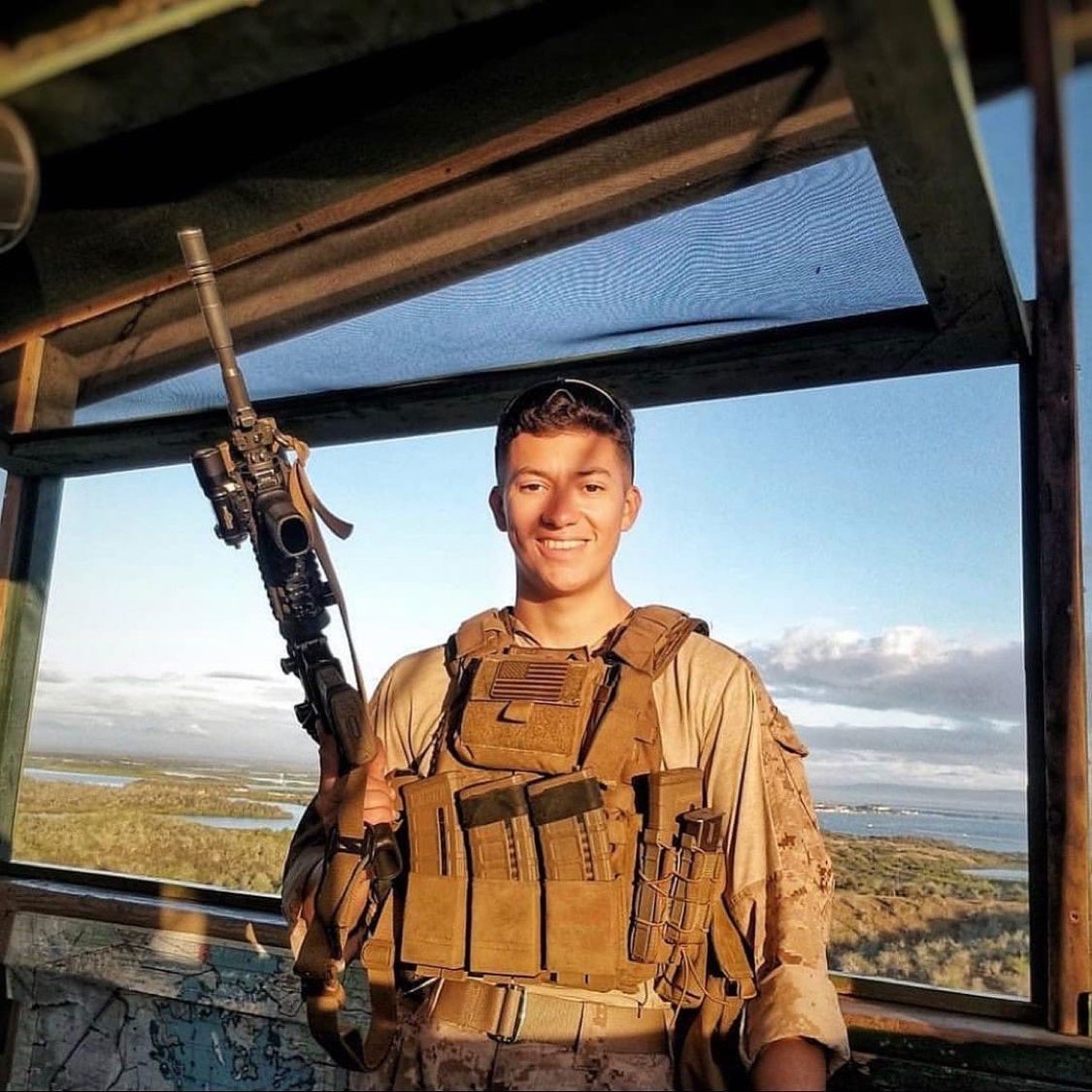 With a heavy heart, we announce the passing of a beloved member of the Riverside Sheriff's family, United States Marine Corps Corporal Hunter Lopez, one of one 13 United States service members killed at the Kabul airport during the U.S. led evacuation effort. We are heartbroken to hear this sad news about Hunter, who chose to follow a life of service, selflessness, courage and sacrifice, like his parents. Hunter was a Riverside Sheriff's Explorer Scout with the Palm Desert Station from September 2014 to August 2017.

Hunter joined the United States Marine Corps and was assigned to the 2nd Battalion, 1st Marines. Hunter, who was 22 years old at the time of his death, planned on becoming a Riverside County Sheriff's Deputy after returning from his current deployment. Today the entire law enforcement community stands with the Lopez family, friends, fellow Marines, and all who loved him, praying for comfort, peace.

Hunter was the victim of vicious evil and was killed because he wore a United States Marine uniform with love and pride. Our entire community feels the anguish, and we mourn the death of Hunter, who answered the call to serve, defend and protect our nation. Like his parents who serve our community, being a Marine to Hunter wasn't a job; it was a calling. He loved his family, and as we grieve for Hunter and his fellow Marines taken from us too soon, there are simply no words to express how deeply he will be missed -- Semper Fi.

The Lopez family requests that all donations be made to the Riverside County Deputy Sheriff Relief Foundation in the name of the Lopez Family. The address is 21810 Cactus Avenue, Riverside, CA 92518. The Lopez family respectfully requests privacy during this incredibly difficult time. The family will share details and plans for the celebration of Hunter's life at a later date.